Online Gambling is one of the oldest activities in Canada. After John Cabot’s voyage hit the Canadian shores in 1497, many gaming activities, including playing cards, were introduced to the land. With the activities developing, several rules also emerged gradually to guide the industry. 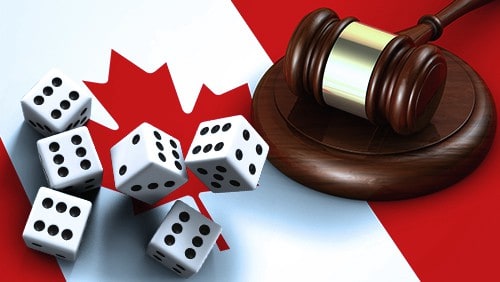 What are gambling laws?

The Canadian gambling laws, just like many jurisdictions around the world, can be quite complex and confusing. After permitting games like blackjack or roulette in the early days, gaming was later, in the late 1800s, illegalized in the country, with the government placing restrictions on most gaming activities. These restrictions continued for a while. But with the laws evolving (in the 1900s), the terms became more favourable again.

Canadian gambling laws: a history of the laws in Canada

The Canadian Criminal Code (enacted in 1892) included statutes and limitations regarding gaming. It provided the conditions on the permission of gaming activities but still permitted the activities through tight rules.

In 1910, the Canadian gambling laws were loosened to allow part-Mutuel betting for horse-racing. A series of other games of chance were permitted strictly for religious and charitable purposes.

After days of citizens demanding freedom to play the games, the country government decided to let the provinces take charge of making gaming decisions by the 1970s. This relaxation of restrictions was then followed by a series of activities that saw Canadians build and frequent land-based gaming operators as they desired.

In 1985, the country government officially placed the role of overseeing gaming activities on the provinces within their respective borders. This decision was instrumental in steering the gaming industry, with the first operator being erected in Winnipeg in 1989 and others following suit in Manitoba, Quebec, Ontario, Saskatchewan, and Nova Scotia.

Before the Criminal Code changes were implemented, race tracks had already been built and continued to break through as one of Canada’s most popular forms of gambling.

Many provinces then approved the installation of video lottery terminals to generate revenue for the governments. Since then, lotteries have been instituted all over Canada, and gambling is primarily accepted as a form of income generator for religious groups, charities, and governments.

Even so, the rules kept evolving into the 1900s, and recently, almost the entire gaming decision lies with the citizens.

Generally, Canadian gambling laws are enacted only to oversee the activities and protect Canadian citizens. The final gaming decisions, however, are subjected to individual players to take precautions and gamble responsibly.

Is online gambling legal in Canada?

Generally, this is where there’s stark ambiguity in the Canadian gambling laws. According to the Canadian Criminal Code, gambling is only legal in gambling providers operated by either the country governments or the provincial governments. The law further states that hosting a web-based casino is illegal in the country.

Unfortunately, the country’s government doesn’t offer the local companies a license to run one or online casinos. On the other hand, the provincial governments are permitted by law to decide whether to allow poker or gambling activities within their borders. These same authorities also have permission to authorize specific betting forms that may be run through computers within their provincial boundaries.

That means no online gambling providers are permitted by law to operate locally in Canada, except the Kahnawake Mohawk nation website. However, citizens are not prohibited from participating in online gambling operated offshore. As a result, Canadian residents can take part in licensed and authorized operators without limitations.

Offshore gambling agencies’ loose rules have made Canada a primary target for many international online gaming platforms. This trend is also a result of the rapidly growing number of gamblers and poker participants. As a result, it’s upon the player to verify the reputation and license of the online gaming platform of choice before making a decision.

What gambling laws are specific to online gambling?

The law doesn’t permit online gaming in Canada. However, the individual provincial governments have the permission to authorize online gaming activities that they desire, with close adherence to section 207(4) of the legislation. The section demands that provincial government-permitted lottery schemes do not include recording or making bets, pool selling, or sportsbooks. Therefore, legal online sports betting doesn’t permit wagering on single games or other forms of sporting events.

Is the promotion of gambling allowed?

How do online gambling laws affect a player?

Since the Canadian gambling law doesn’t grant a license to local platforms to operate on the internet, players can only take part in offshore online gambling agencies. The trend is equally boosted because most local gambling platforms offer a considerably limited choice of games that do not quench the thirst of games for gamblers. Online gambling operators, on the other hand, provide a wide variety of game choices.

In this context, as a player, you may have to join the offshore gaming providers. This activity puts you “as a player” at many risks since some online operators aren’t legit. Simultaneously, some are not safe enough and may present a security threat to your personal information. The good news is that the Canada Gaming Commission works devotedly to ensure the safety of all citizens. Organizations such as eCOGRA and the licensing bodies also regularly audit the companies to ensure that they’re legit and safe for use.

Similarly, you have permission to file for recourse if you spot any unfair or malicious activity with an online gaming website. If the website is proven guilty of the offence, then the organization can end up losing its license.