Ash Gaming’s Leprechaun’s Luck is a 5-reel, 20-payline online slot game. A progressive jackpot is available in the game, which may be won in two bonus rounds.

Every country is known for its stereotypes. When it comes to the Irish, you may have heard about their incredible luck. Well, this theme has been integrated by many classic slots, including Leprechauns Luck, created by software provider Ash Gaming, which is part of the Playtech developer family. You may know them from the Blue Wizard slot!

Featuring symbols we all know and love, found in many Irish-themed games, such as endless green plains, mushrooms, rainbows, pots of gold, a lucky leprechaun and a harp, Leprechauns Luck is a fun title to try for a relaxing afternoon.

The game follows a classic structure of 5 reels and 20 paylines. It is available to try instantly on all devices without downloading any software, for free or for real money. All you need to do is set your stake, which can be as low as 0.2 £/€ and as high as 100 £/€. One place to try it is 888 Casino.

You can either spin manually or use the Autospin option provided by the game that allows you to stand back and enjoy up to 25 automatic rounds.

Because the slot has a very simple structure, it’s an inspired choice for beginners as well. The gameplay is pretty straightforward, with a green landscape in the background adorned by various symbols on the reels that the player needs to fit into various sequences to trigger a win.

This atmosphere is also sustained by the nature sounds in the background and the harp playing when a win is obtained, all completed by elegant 3D graphics. 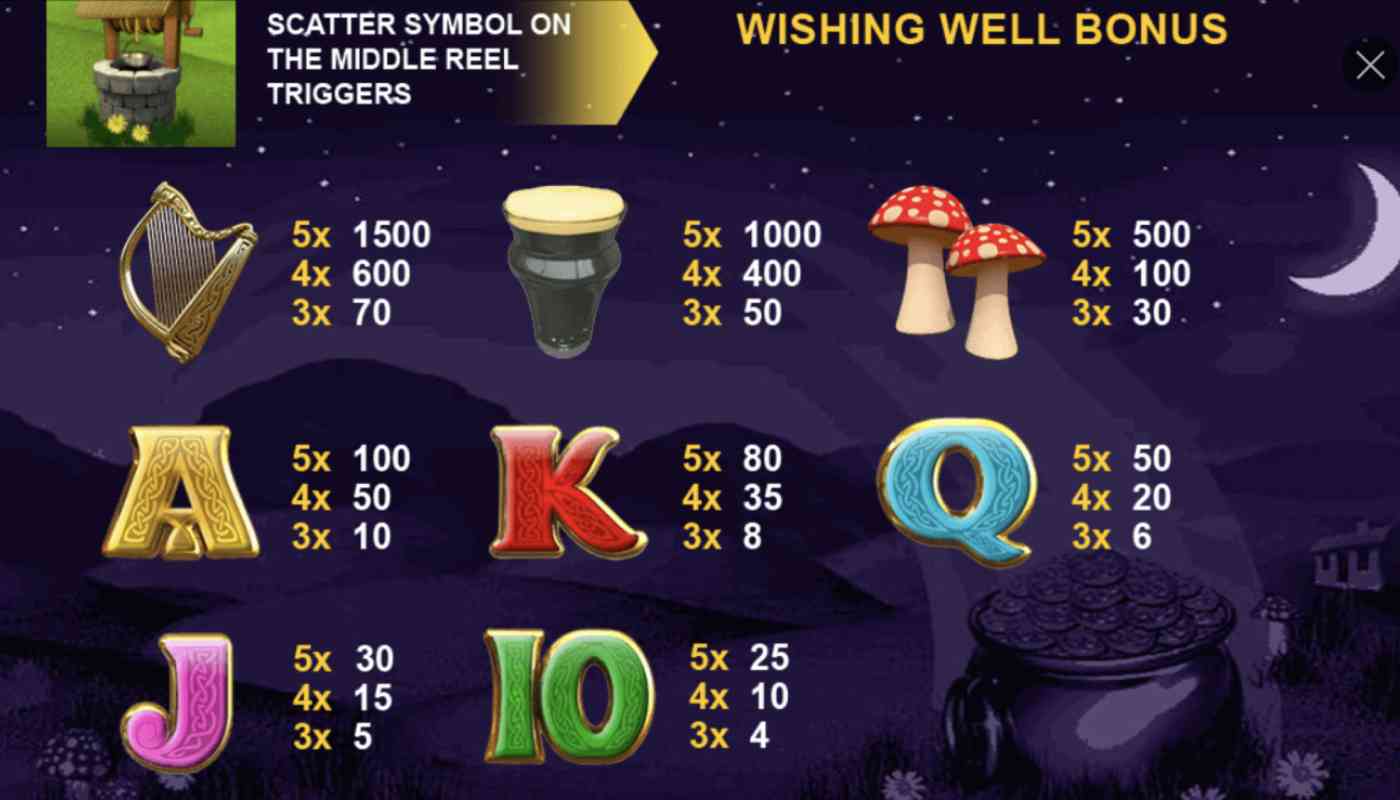 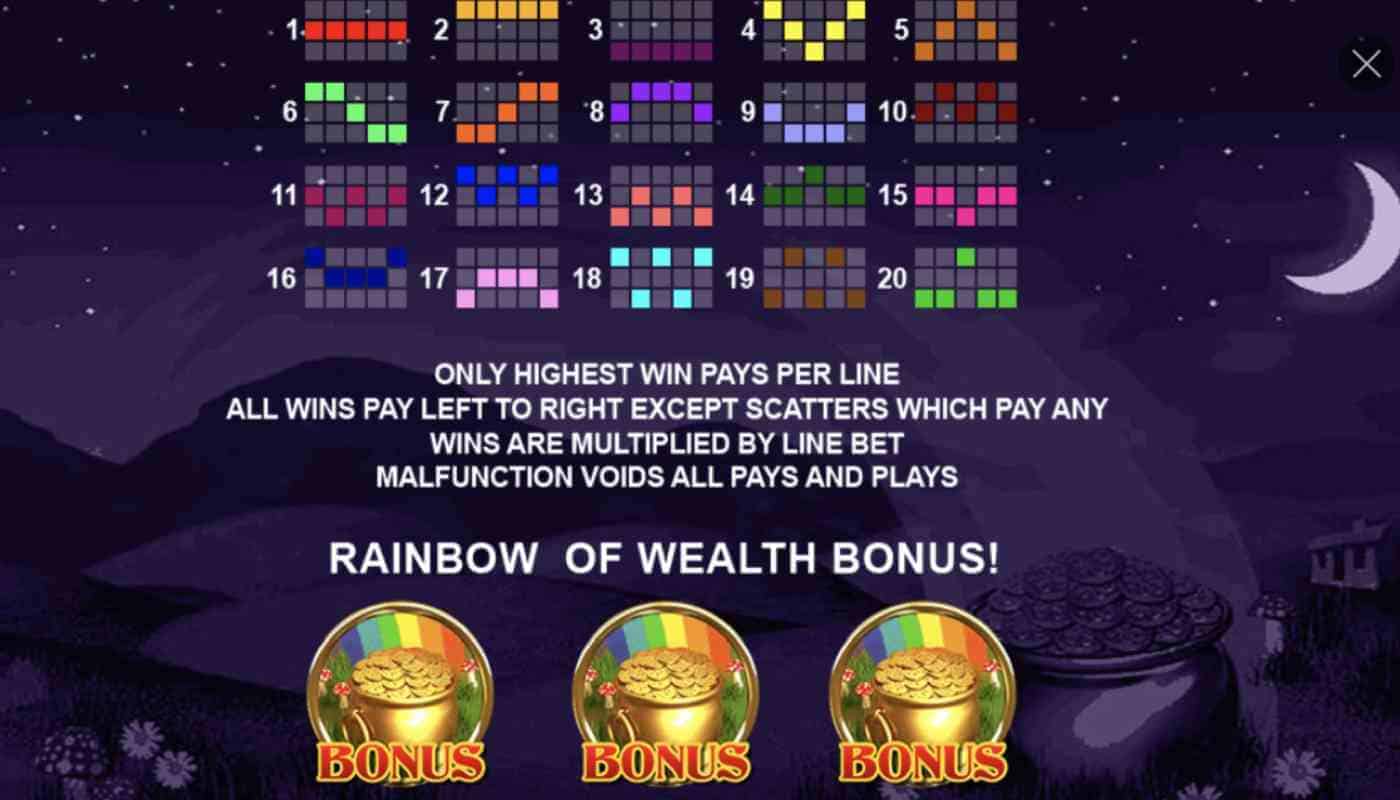 The special symbols you need to look out for to obtain extra prizes are the playing cards (the lowest value icons) and the classic Irish symbols such as the harps and the pints. The most valuable symbols are the wild ones, which can also be found in the game’s logo, the pot of gold and the free spins symbol. Rainbow of Wealth, the first bonus game, is triggered by 3 or more pot of gold symbols anywhere on the 1,3 or 5 reels. As per the Irish legend, this round takes you to the end of a rainbow where you can collect a pot of gold.You can also get what’s called a Wishing Well Bonus if you can find a wishing well symbol on the middle reel in the base game, which translates into various cash prizes. The game also awards free spins, triggered by scatter symbols.The Leprechaun symbol is the one that brings you free spins if you can catch him anywhere on the 2,4 or 5 reels at the same time in the base game. The number of free rounds you get is decided at random.

Compared to other Irish-themed slots, unfortunately, this one has a pretty low RTP of only 88.01% and a house edge of 11.99%. That means big wins can be triggered, but not as often and usually with a risk. However, if luck is on your side, you can get a staggering maximum prize of 10000x your stake.