Canadians have waited a long time for the sequel to Gonzos Quest. NetEnt just confirmed it’s finally in reach. We are talking about one of the most popular NetEnt slot machines. One of the most popular online slots is already causing excitement in Canada. Red Tiger Gaming was brought on board for this game. Experts already guess: With this new slot, your winnings can be significantly higher! 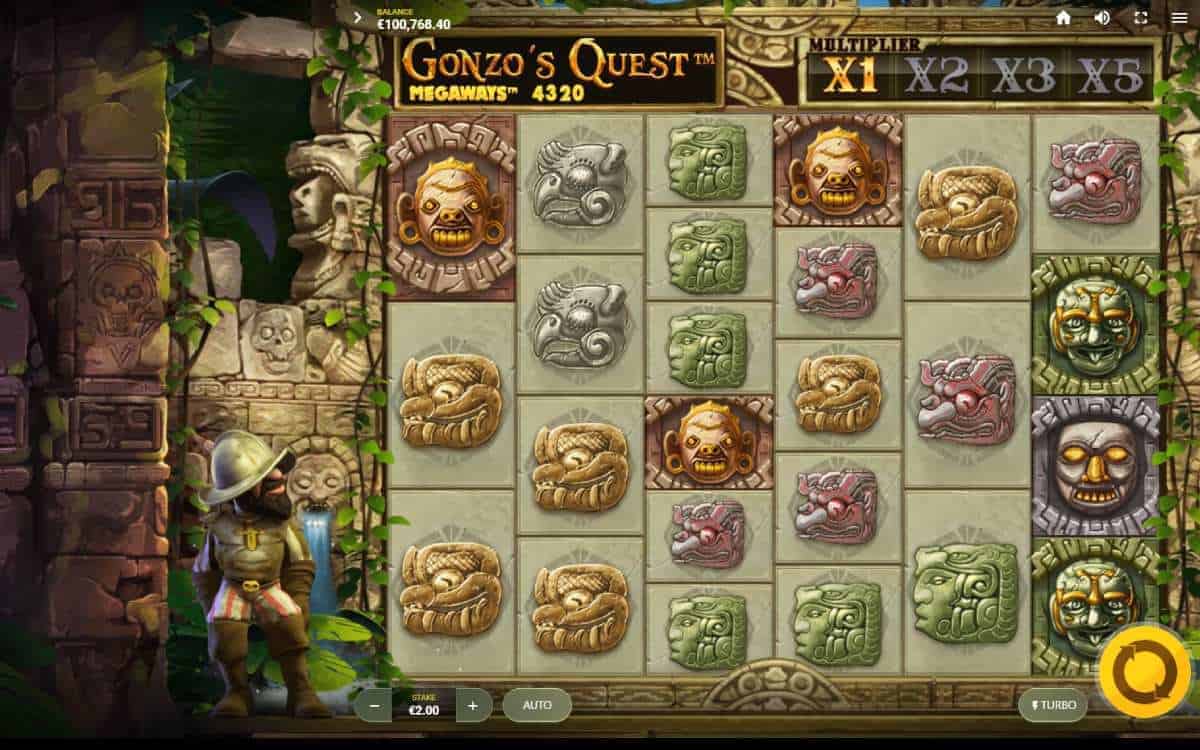 You can expect that from Gonzos Quest Megaways

NetEnt & Red Tiger Gaming are two developers who stand for success. With the continuation of Gonzos Quest, you can join the conqueror Gonzo, who embarks on a promising treasure hunt. The graphics are a lot better in Gonzos Quest Megaway. The popular original game was released a couple of years ago. The new release from Red Tiger convinces Canadian Gamblers in terms of appearance. Bigger wins and better sound are also something to be prepared for.

But what else is new? What makes the sequel so unique? Megaways slots are known for large payouts and Red Tiger Gaming is also known for good jackpot slot machines. The Megaways version comes with six reels. The sequel has been designed with a lot of pay lines, which is remarkable.

The slot’s RTP value is around 96%, which is standard and therefore perfectly fine. The volatility is classified as high. You may have to wait a little longer for your winnings, but statistically speaking, the winnings are greater.

There are a total of eleven symbols in Gonzos Quest Megaways. Five are the so-called premium symbols; four symbols give you rather low payouts. There is also a golden scatter symbol and a wild symbol. And then, of course, there is the Megaways feature that should not go unmentioned: the earthquake function is triggered randomly and destroys low-value symbols. Accordingly, only premium symbols land on your reels, which enables higher payouts.

The avalanche function can also be worthwhile for you. In the base game, the multipliers range from 1x to 5x. The multipliers will then be even higher in the bonus round. The Free Fall feature is also included. Anything else would have disappointed fans of the previous version. This feature lets you start with nine free spins. But you can get more. A gamble function and a “royal wheel” are also included.

Will you also succumb to the charm of the promising sequel? Are you ready to go on your treasure hunt? Do you want to join the conqueror? Play Gonzos Quest Megaways in the best online casinos like LeoVegas and Royal Panda. Carefully selected to make your experience with Gonzos Quest an enjoyable one.